Perhaps this is the most dramatic presidential election in the history of Indonesia. Some people called the most banal. I may call. This is the most brutal.
There is a sense of fear when Prabowo can be lost with the popularity of Joko Widodo. So the choice to use black campaign, or slander. Though we know the figure Jokowi not like it as pictured. We forget, that we can not say do not choose it. But must say, the reason I choose it.

Systematically designed to use black propaganda. The lies and slander. Massively Joko Widodo accused of being communists, pagan, anti-Muslim, Christian, have a parent China-Singapore. More than that, his concept of mental revolutionary accused of being a communist idea. Throughout this process of defamation, distributed engineering evidence, such as photographs, birth certificates or even a fake marriage certificate.

Beyond that there is also making tabloid ‘ Obor Rakyat ‘, which is deployed in remote villages and Islamic boarding schools. Jokowi also made a fake letter requesting the suspension of the examination by the Attorney General. Then the transcript of the interview of Chairman PDIP – Megawati engineering with the Attorney General to release Jokowi from the corruption charges of Trans Jakarta.

They use of new channels such as YouTube, uploaded fake interviews with Jokowi that broadcast by Bloomberg. For the benefit of Prabowo, they made manipulation in documentary “ The Patriot “ and engineering Prabowo’ video praised by leading U.S. scientists, Geoffrey Robinson.

There is always a question, how to figure the ideal candidates for Muslims. Why do Muslims always think? The country with 90% Muslim population. That old-fashioned way of thinking. Supposedly, the question that is ideal for the people. Using religious sentiment to attack other candidates, shows laziness to create the policy candidate.
It should be understood Jokowi victory does not mean the defeat of Islam. My concern is that Islamic parties will make this propaganda.

I say. Islam is not lost. As a religion, Islam is not lost. Win or lose is too pessimistic calculation. They are – stereotypical views of Islam politician – often inconsistent. They said on one the other hand that Muslis are majority, but does not want to admit people who are not in their group, as well as Muslims, like Joko Widodo or Megawati. We must know that Jokowi’s voter are Muslims themselves.

Simplification and sentiment based on religion in political life, is irrelevant though Islam is the majority religion embraced by the people of Indonesia.
Victory Joko Widodo not be interpreted as a victory of nationalists. It is more a victory of the people who want to keep the dignity of the reform. People Do not want to go back to the era of the new order. However the figure Prabowo, the more impressive the ‘old’ with a myriad of potential troubled past.

Actually, people are also intelligent. They see the political stage manners shown Joko Widodo. He never attacked Prabowo. He even praise Prabowo as being a statesman.
Just compare Prabowo interview with the BBC, in which he attacked that Joko Widodo only pretending (acting) humble and populist. According to Prabowo, Jokowi’s style is just a tool. Much earlier, in the campaign, Prabowo repeatedly accuse him as the puppet.

Indonesia first President, Sukarno said on June 1, 1945, to urge Muslim leaders to work hard so that most parliamentary seats occupied by Islam Politician. So the laws produced by the House of Representatives is Islamic law.
In other words, Sukarno asserted, if people agree with his claim, of course they will choose Islamic law. If they do not agree. We must respect democracy.

We need a good heart to accept the election results. The loser must sincerely admit that not many people choose them. No need to worry, if the nationalists win, doesnt means Islam will be eliminated.
Former Prime Minister and political opponents of Sukarno, Natsir once said, ‘FIRST interests of this nation. What is best for the nation, surely the best also for Muslims, because the majority of Indonesia’s population is Muslim “. 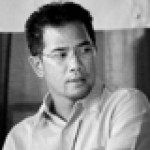