The second Festival Palace and Indigenous Peoples #FKMA2013 place in Mataram, Lombok on 25-28 October 2013 collaboration between The ASEAN Directorate General of Cooperation,The Ministry of Foreign Affairs and Forum Gathering Keraton Nusantara (FSKN). The event aims to strengthen the bond between the indigenous peoples and preserve the cultural heritage in order to contribute to the establishment of the ASEAN Community by 2015. More than one hundred representatives of ASEAN and the palace of the archipelago present at this event which includes seminars, conferences kings and indigenous stakeholders, culinary festivals, exhibitions, and performing arts.

This shows the awareness and participation of the community, especially the kings/sultans and indigenous stakeholders in realizing the ASEAN Community by 2015. The existence of the palace and indigenous stakeholders considered still has an influence on the community as a symbol of the culture and traditions of each community are expected to play an active role towards the ASEAN Community by 2015. Festival Palace and the Indigenous Peoples of Southeast Asia is expected to formalize the role of indigenous peoples in the palace and encourage ASEAN identity through the introduction of traditional arts and culture as well as people to people contact.

With the theme The Role of Culture in Strengthening and Supporting the ASEAN Community was officially opened by the Ambassador I Gusti Agung Wesaka Puja, MA The ASEAN Directorate General of Cooperation The Ministry of Foreign Affairs, and continued seminar on the establishment of ASEAN Community 2015 seminar conducted parallel with the speaker Ambassador I Gusti Agung Wesaka Puja, MA and Prof.DR. Andrik Purwasito, Professor of the Faculty of Social UNS, Solo to the King/Sultan, indigenous stakeholders and society Mataram. Whereas in the other room with the speaker Ambassador Bagas Hapsoro ex Deputy of ASEAN Secretary and RA Nunuk Purwaningsih (Ajeng) as Secretary-General of ASEAN Blogger Commnity Indonesian chapter.

On this occasion Bagas Hapsoro peel pack outlines the establishment of the ASEAN Community 2015 where it is expected the participation of the entire community to prepare. While I give ASEAN Blogger Community review: Contribution of information technology through the establishment of ASEAN Community by 2015 by getting online activists to actively create peace loving ASEAN region. Very interesting discussion was attended by some communities in Mataram, Lombok such as ON|OFF Community, Sasambo Bloggers Community, Sheila Gank Community and Forum Lingkar Pena. Lombok has tremendous tourism potential that the obligation bloggers to introduce tourist area in Mataram, Lombok in accordance with the statement : Mataram go International. 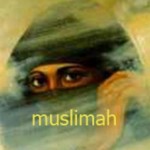